Nowadays, artists are faced with the challenge of visualizing, modelling and predicting technological issues regarding distributed infrastructures. – A new environment that has changed the conditions of production, affecting the way that art is created and shown–. This essay has as its aim to explore political and functional art practices associated with distributed infrastructures.

Since the 1990’s, three companies have controlled the telecommunication market: Alcatel Submarine Networks from France, TE Subcom from the USA, and NEC from Japan. Recently, tech giants Google, Facebook, and Microsoft, have begun installing their own cables to be able to assert their control over the Internet ecosystem. Today, there are more that 1.3 million kilometres of undersea cables. Some 80% of all data exchanges transit through the USA. The main cable hubs are in New York, USA, Cornwall, England, Marseille, France, the United Arab Emirates, Mumbai, India, Singapore, Hong Kong, and Japan.1Arte France Developpment(Producer). (2018). MAPPING THE WORLD – UNDERWATER CABLES: THE INVISIBLE WAR [Video file]. Retrieved from: http://sales.arte.tv/fiche/6392/LE_DESSOUS_DES_CARTE_-_CABLES_SOUS-MARINS___LA_GUERRE_INVISIBLE

Due to this hierarchical distribution, the Internet has become a vulnerable medium establishing a geopolitical discourse that directly influences how the Internet works, is organized, and is controlled– facilitating the interception and mass surveillance of “Big Data” and enabling the creation by the large technology companies of monopolistic “cloud computing” operations. Hence, Geo/Techno-political infrastructures are weak. They reflect our relationship with material mass-culture, which can be easily broken, not only physically, but by cultural, historical, and ideological dimensions.

The political aspects of undersea cables are extensively studied by the artist Trevor Paglen, a researcher focused on topics such as privacy and the vulnerability of data networks, counter-surveillance, and secret military bases. In his project Deep Web Dive Behind the Scenes (2016)2The Creators Project. (2016, August 30). Trevor Paglen’s Deep Web Dive | Behind the Scenes. Vice. Retrieved from: https://www.vice.com/en_us/article/d74m8j/trevor-paglen-deep-web-dive-behind-the-scenes, Paglen photographed NSA-tapped underwater Internet cables, while deep diving in the Atlantic Ocean. The artist and activist Joana Moll employed didactic visualizations to show the ecological impact of Internet cables in a keynote named Deep Carbon, featured at the biennale AMRO3Moll, J. (2018). DEEP CARBON Conference Keynote Presentation. Retrieved from: https://www.radical-openness.org/en/vortragende/joana-moll, Art Meets Radical Openness (2018), in Linz, Austria. Also, the series of lectures DEEP CABLES: Uncovering the Wiring of the World by Tatiana Bazzichelli in 2016, investigated the cultural, historical, geographic and technological dimensions of the Internet, tracing fiber-optic and undersea network cables.4DEEP CABLES: Uncovering the Wiring of the World “Art & Evidence” by Disruption Network Lab found at http://www.disruptionlab.org/deep-cables/“ 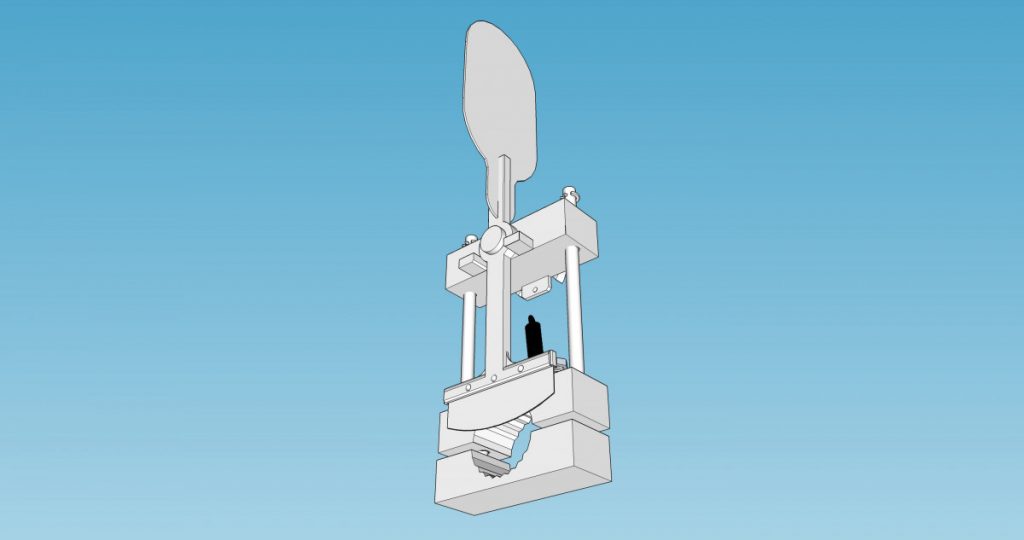 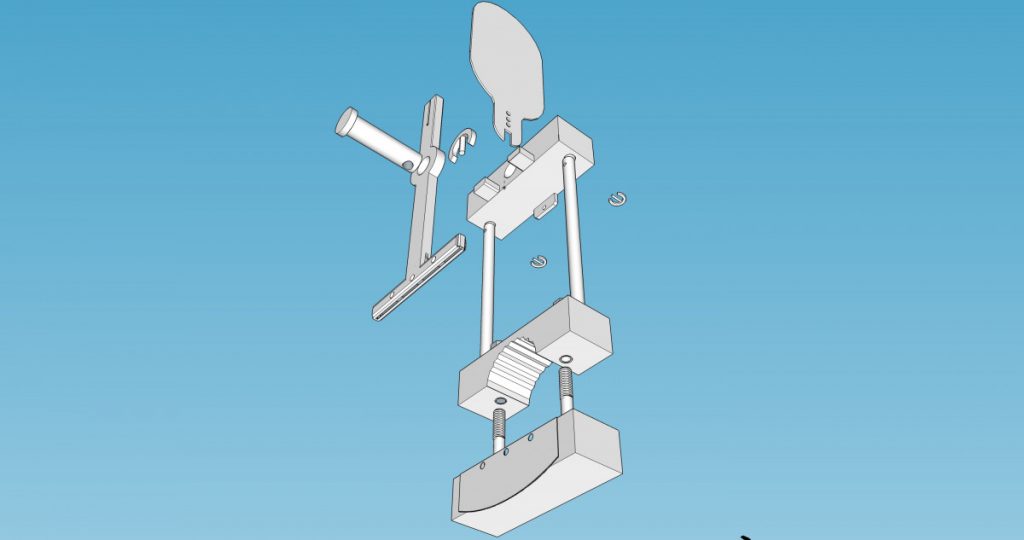 Free Universal Cut Kit for Internet Dissidence. [F.U.C.K-ID]’ By César Escudero Andaluz.According to Bruno Latour6Latour, B. (1994). On technical mediation: Philosophy, Sociology, Genealogy. Common Knowledge, 3(2), 29-64. DAEDALION & TECHNOLOGY Each artifact has its script, its “affordance,” its potential to take hold of passersby and force them to play roles in its story. [F.U.C.K.-ID]’s main objective is to visualize the socio-political effects of the physical Internet infrastructure, returning to the users the ability to decide about their data and privacy by giving them the ability to sever the cables.

Another example of distributed files is The Liberator, the first 3D-printable firearm handgun made widely available online. It was created by Cody Rutledge Wilson, a crypto-anarchist co-founder of the Dark Wallet bitcoin storage technology. Wilson is a gun-rights activist and founder/director of Defense Distributed, a non-profit organization that develops and publishes open source gun designs. In 2012, Wilson and associates at Defense Distributed initiated the Wiki Weapon Project to raise funds for designing and releasing the files for a 3D printable gun7 In December 2012, Makerbot Industries decided to remove firearms-related 3D printable files. As a response, Defense Distributed launched defcad.org to publicly host the removed 3D printable files alongside its own. The United States Department of State demanded that they remove the instructions from their website, deeming it a violation of the Arms Export Control Act. In October 2014, Defense Distributed began selling to the public a miniature CNC mill “Ghost Gunner” for completing receivers for the AR-15 semi-automatic rifle. Retrieved from: https://ghostgunner.net/. The Liberator could be considered as a critical artwork acting as a trigger to visualize a real fact involved with the creation, seriation and distribution of arms and its black market.

In response, in 2013, the artist Kyle McDonald launched Liberator Variations borrowing the idea from One coffee cup a day8cunicode. One coffee cup a day. Retrieved from: https://www.cunicode.com/works/one-coffee-cup-a-day, and producing several variations of the original file, sharing the idea that a 3D printed gun file is not something to be feared, but treated critically, carefully, humorously, and seriously. In McDonald’s words: “networked media, in its current form, can’t be regulated to such a fine degree as to deny access to specific files; and certainly not specific kinds of files. None of the regulations on physical goods can practically be applied to digital goods. […] When something is impossible to regulate, it makes more sense to focus on education and discussion than censorship.”9McDonald, K. (2013). Liberator-variations. Retrieved from: http://fffff.at/liberator-variations/

The philosopher of science and technology, Don Ihde, emphasizes that human intentionality can be “stretched” over artifacts, but also that artifacts have an “intentionality” to shape human decisions and actions.10Ihde, D., & Selinger, (Eds.). (2003). Chasing Technoscience: Matrix for Materiality. Bloomington & Indianapolis: Indiana University Press. The same idea is expressed by Bruno Latour, who argues that each device has a program of action, the potential to realize and help in a task.11Latour supports his idea by using the example of the slogan “guns kill people,” launched by those who are against the unrestricted sale of guns. To which the National Rifle Association (NRA) replied with another slogan, “people kill people; not guns. (Latour, B. (1999) Pandora’s Hope. Cambridge, Mass.: Harvard University Press). With this in mind, the question arose: Is a gun just a piece of mediating technology? Technical mediation is employed by Latour to refer to the feedback between human and artifact, in this case, humans and weapons change from the existence of humans with guns. This new way of distribution can raise new questions and, through 3D printers, distributed files and intentions can be materialized. According to McDonald, where “society,” itself, breaks down, because access to 3D printers tears up the social contract that keeps us at a distance from the objects that we can use to harm each other.

Likewise, the movement “Additivism” arose in 2015, as a proposal for channeling creative endeavour, as a tool for art, critical thinking, and a site of common exchange between disciplines and material modalities, through provocation, and collaboration; argued Morehshin Allahyari and Daniel Rourke the authors of the concept describing it as a “portmanteau of additive and activism.”12Morehshin Allahyari and Daniel Rourke’s, The 3D Additivist Manifesto + Cookbook call for you to accelerate the 3D printer and other technologies. The movement compiles these critical practices and ideas in the Additivism manifesto, and the Cookbook inspired by the Anarchist Cookbook.13The Anarchist Cookbook, first published in 1971, is a book that contains instructions for the manufacture of explosives, rudimentary telecommunications phreaking devices, and related weapons, as well as instructions for home manufacturing of illicit drugs, including LSD. It was written by William Powell at the apex of the counterculture era in order to protest against United States involvement in the Vietnam War. Wikipedia contributors. (2018, November 16). The Anarchist Cookbook. In Wikipedia.Retrieved from: https://en.wikipedia.org/wiki/The_Anarchist_Cookbook

The creators argue that [F.U.C.K]. demonstrates a model of reverse engineering as a “civic activity”: a creative process by which anyone can develop the necessary pieces to bridge the limitations presented by mass-produced commercial artifacts. Free Universal Construction Kit implements proprietary protocols in order to provide a public service unmet –or unmeetable– by corporate interests. The Kit prompts people to reflect on our relationship with material mass-culture.

Under the slogan “Tired of expensive Guillotines?”, in 2009, the collective IOCOSE15IOCOSE. (2009). SOKKOMB. Retrieved from: http://www.iocose.org/works/sokkomb.html in collaboration with Barba Spalmata Sugli Abissi developed Sokkomb, Ikea’s newest guillotine product! As the authors argued: Sokkomb is a new low-cost product designed specifically for all those citizens who are so interested in Do-It-Yourself Justice. As the Liberator proposes a distributed defence, Sokkomb proposes the first example of distributed justice.

Following the legacy of Tactical Media, this article presents a mix of network cultural expressions with analog technologies, rethinking relationships and perceptions in distributed infrastructures through speculative and critical art and design, reflecting the production of new aesthetics after, or in, the so-called digital revolution. Additionally, when a medium is not neutral, the characteristics of the medium as well as the relationships that are created between agents, often stimulate creative and artistic questions and concepts.

Furthermore, the central point behind the critical, functional and aesthetic study of the distributed infrastructures is to create a vision about them that reinforces their character as non-neutral communication technologies. Hence, we must generalize our own questioning of distributed infrastructures to ask what kind of society will be produced by this new apparatus.